We’ll be unpacking this container SOON!

Cliff Blaise photographed this gorgeous Burner amidst our pink bliss. 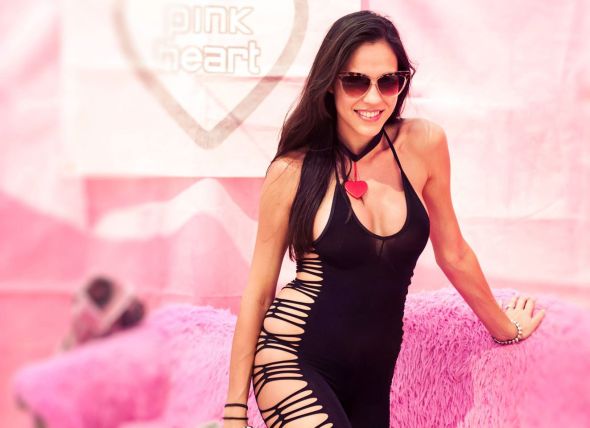 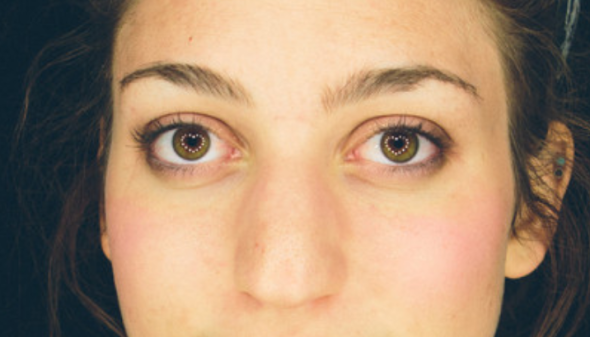 We were anonymously forwarded this email from someone who says they worked for DPW.

“In 2009, while building the perimeter fence, DPW made a discovery.
They hit on a metal cylinder buried beneath the cracked Playa surface. It
was twice the size of a Oatmeal box, and covered in Sanskrit markings.
Originally it was assumed the capsule was buried by an ‘08 burners as a
joke, but the 09 fence was in a new location. No burner had been even close.
DPW is DPW does, so they smashed open the cylinder to see what was inside.
Wrapped in layers of silk, dried mint leaves, and cucumber seeds was a
single pink heart, carved in stone.

Pretty cool. But no one thought more of it, until the end of the summer
when Danger Ranger brought it to friend at UNLV. After tests and analysis
they were able to translate some of the text. (Most the markings were
badly damaged during the “opening procedure.”)
What they were never able to figure out, however, was the age of the
container.
One researcher was sure the alloy was at least 1000 years old.
The origin of the text may be unknown, but the wisdom is clear:

Many people believe that this was not the first canister like this found in
the Black Rock Desert.
Several BMORG employees swear that Larry Harvey, himself, is in possession
of a canister found during an playa visit in the early 90’s.
And if you study those 5 lines, they are eerily close to the first 5 Burning
Man principles!
Were the principals of Burning Man left here by an advanced culture? Or
Santa Claus?
It hardly matters.
What matters is that the principals exist.
And when implemented in someplace as magical as the Black Rock Desert –
miracles can happen.

***
The Pink Heart Presidio was created to protect these Playa Principles & spread
the Gospel of Gifting.
The Sacred Order of the Pink Heart embrace these Texts as powerful tools of
Love amplification.
We practice, inform and preserve these principles though ceremonial (and
often whimsical) offerings of SHADE, DRINK, VISION, & LOVE.”

Inventory of the the storage container (2012)

This is what we put into the storage unit before it was packed away in Nevada:
END_OF_DOCUMENT_TOKEN_TO_BE_REPLACED

Look at the hearts in our eyes!

I will give a short back story to say, that I was dubbed the “Ice Queen” earlier this summer at our pre-Burn event in Idaho because I NEED ice. Ice becomes everything to me out camping…ice cold water, ice for cocktail, warm water, hot water if you wait long enough… And I’m a stickler (and get kinda bitchy if I miss my ice run). Anyways… to say the least, we operate a bar, both on playa & all other regional type events we do. I am the one always going around with my ice cold water asking everyone “when was the last time you had WATER” ~ some people think it’s annoying I’m sure, but it’s hot out there & I believe in replenishing with water. I drink TONS of it…. and I love sharing!

So, fast forward to one night stumbling upon Pink Heart while out & about. It was a burn night, might have been Saturday, possibly Sunday… and I wanted to share with the friends I was with this awesome water bar that I found earlier in the week, so close to home. I think it was Manifest who served me ice cold cucumber water on this occasion arriving with friends. A friend I was with at this visit makes a joke when I am so in love with my ice cold drink (which I graciously came for drinks of throughout the week.. would just stumble in, say hello, get a drink, and ride away)….so something about the “Ice Queen” meets the “Ice Water God” and it was cute & I appreciated the connection. So since I was so super stoked & felt like I had just met my match on playa & it all made perfect sense ~ ice, water, we were all connected & it was awesome. So he asks me ~ would I like to gift the water for the next few gracious stumblers in? OF COURSE I WOULD! And so I did. And it touched me to give. It touched me that you guys were always there with this gift. I thank you very much for this experience. It meant a lot to me out there. One of the most meaningful things all week.

Today I received this email from someone I had never met and wanted to share it with all of you as it is exactly what I envisioned when I built the swing this year!!

“Thank you, SO much!

I have been searching for images of your swing, or even a name of it, something for hours. Finally I feel like I have come to the right place.

First off your swing was awesome. Quite literally. Early on during
the event I passed by it several times and saw couples sitting in it and felt jealous of their lovely seat. I even sat in it by myself but it didn’t feel right.
Later on in the week I met a very special person indeed. On the night of the Temple burn me and her went on a journey together around the playa visiting all of our favorite installations of the past week. It wound up being the most magical nights of my entire life, and your swing was definitely “as good as it gets”, and a major highlight of my burn this year, as well as my soul on the whole.

Pink Heart from the Sky! 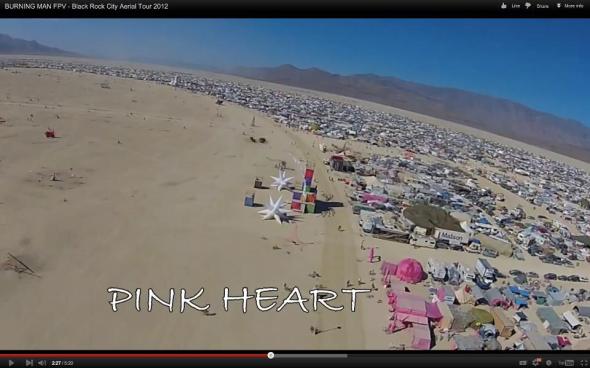 Pink Heart in the news

We were also live broadcasting to members in Japan, England, Canada, and across the US.